WHERE DOES RADON COME FROM?

Radon is a naturally occurring radioactive gas that results from the breakdown of uranium in soil and rocks - you can’t see, taste, or smell it. 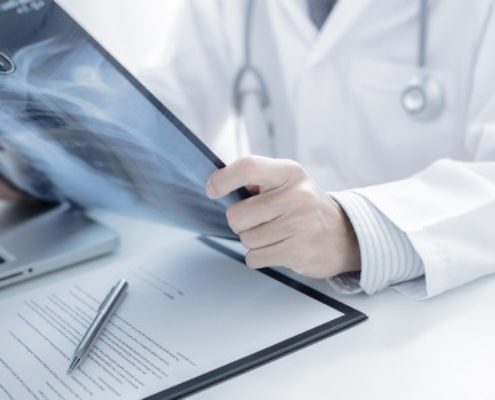 Outdoors, there is so little radon that it is not likely to be dangerous. But indoors, radon can be more concentrated. Breathing it in exposes your lungs to small amounts of radiation. This may increase a person’s risk of lung cancer.

HOW DOES RADON CAUSE CANCER?

Radon breaks down into solid radioactive elements called radon progeny (such as polonium-218, polonium-214, and lead-214). Radon progeny can attach to dust and other particles in the air and can be breathed into the lungs. As radon and radon progeny in the air break down, they give off radiation that can damage the DNA inside the body’s cells.

HOW DOES IT GET IN TO A HOME?

Radon gas given off by soil or rock can enter buildings through cracks in floors or walls; construction joints; or gaps in foundations around pipes, wires, or pumps.

Radon levels are usually highest in the basement or crawl space. This level is closest to the soil or rock that is the source of the radon. Therefore, people who spend much of their time in basement rooms at home or at work have a greater risk for being exposed.

Being exposed to radon for a long period of time can lead to Lung Cancer. Radon gas in the air breaks down into tiny radioactive elements (radon progeny) that can lodge in the lining of the lungs, where they can give off radiation. This radiation can damage lung cells and eventually lead to lung cancer.

Smoking is by far the most common cause of lung cancer in the United States, but radon is the second leading cause. Scientists estimate that about 20,000 lung cancer deaths per year are related to radon.

Exposure to the combination of radon gas and cigarette smoke creates a greater risk for lung cancer than either factor alone. Radon is also the cause of a significant number of lung cancer deaths among non-smokers in the United States each year.

Some studies suggest that radon exposure may also be linked to other types of cancer, including childhood leukemia. But the evidence for such links has been mixed and not nearly as strong as it is for lung cancer.

Because radon and its progeny are absorbed mainly by inhaling, and because the radiation they give off travels only a short distance, it is unlikely that radon would affect other tissues in the body.

The only way to to protect occupants from radon related lung cancer is by testing your home regularly.

WHAT HAPPENS IF I HAVE HIGH LEVELS OF RADON?

Click here to learn more about Radon in Illinois.